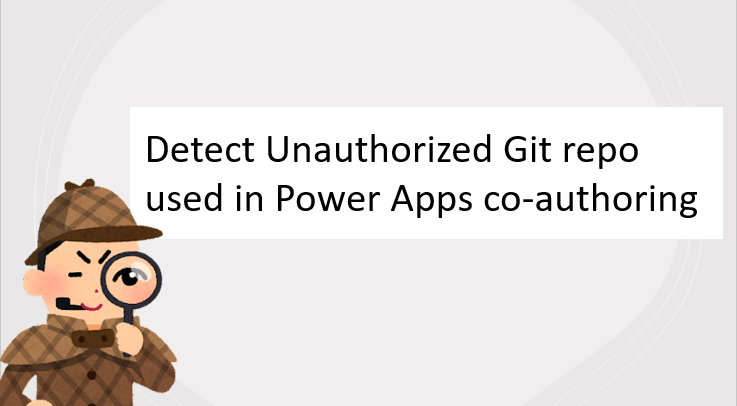 But... admins may be concerned that the source code may leak to inappropriate (= not managed by organization) repositories.

Actually, with the current CoAuthoring (experimental) feature, there is no check when setting up a Git repository, so makers can save their app code in any repository. 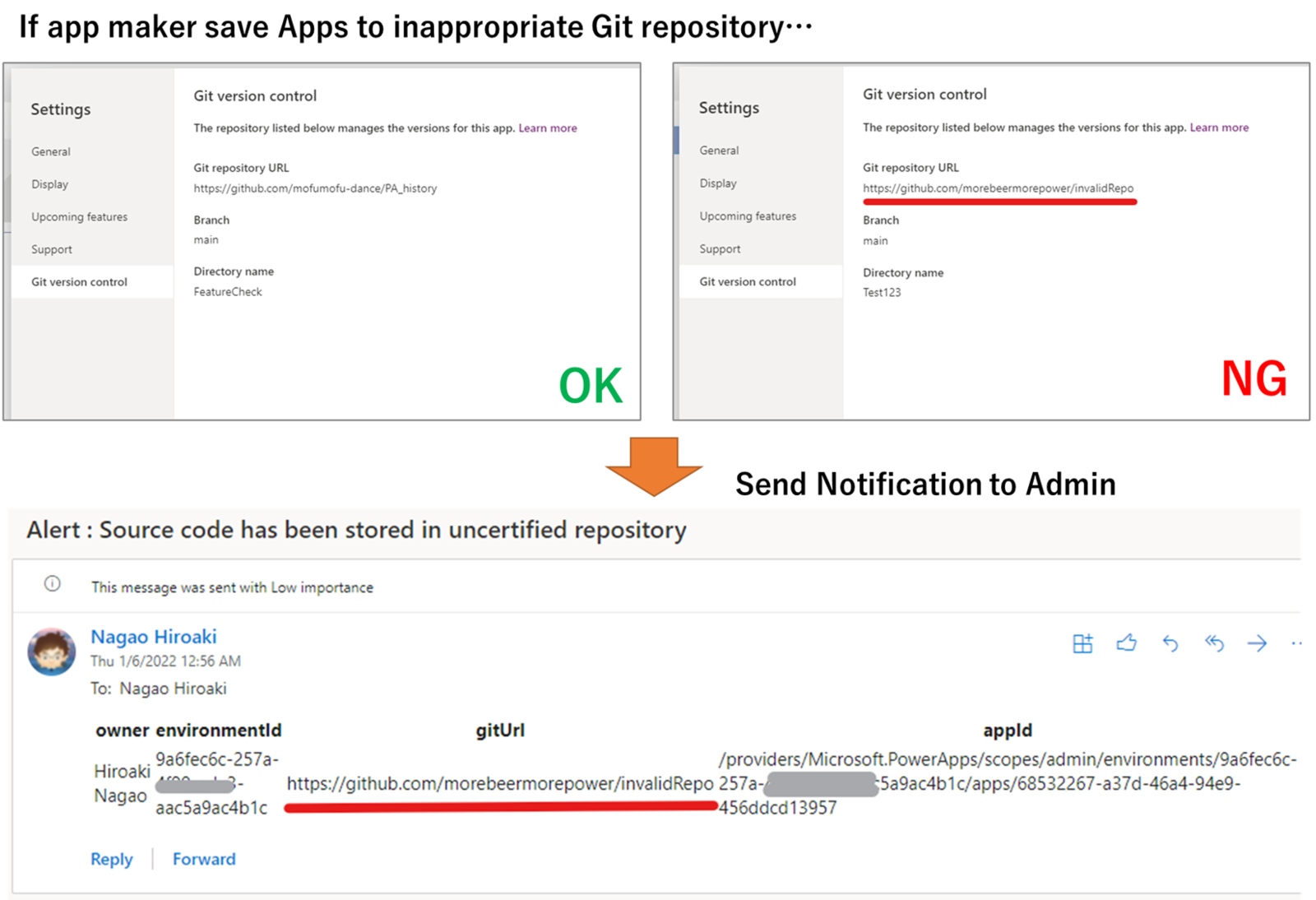 Use the "Power Apps for Admins" connector

With an addition of co-authoring feature, the Power Apps admin connector now returns information about the source control location (repository) as a property of the app.

In the flow, this property is used to notify the admin when the Git URL is other than the one specified by organization.

The flow mainly consist of 4 parts of actions.

I will spare you the details, but in this way, you can use the information obtained from the Power Apps for admin connector to create a flow that periodically checks for storage in unauthorized repositories and notifies the administrator.

You can get above flow from my github repo ↓

Hope this will help admins :)