Named formulas, one of the featured Updates in 2022 Release wave 2, is finally available.

The feature requires that Power Apps authoring version is greater than 3.22091.8, and currently it is experimental feature. 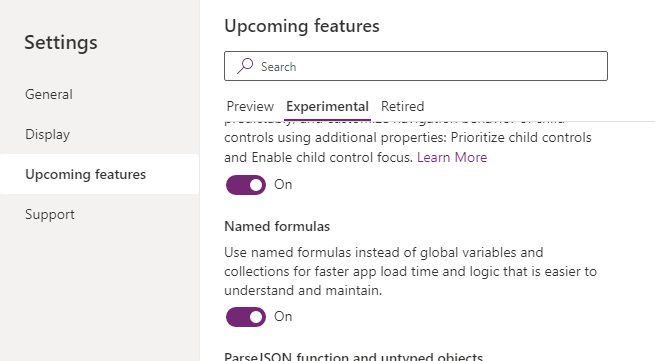 Named formulas behave like global variables or collections, but since they define the formula itself, they reflect changes in the data used in the formula in real time.

To define your formula, go to Formulas property in App object:

For Formulas property, you'll be able to wite myFormula = Last(Accounts); (Semicolon is needed at end of each formula) and myFormula can be referenced from anywhare inside app.

You cannot overwrite definition of formula, for example, Set(myFormula, xxxx) will not update formula definition.

This also means you can set protect/reserve some "variables" using Named formula, since it will not be updated in anyway.